The School of Information Science celebrated its 50th anniversary on April 30, 2022. Alumni, former and present deans and directors, faculty, partners and friends gathered in the Russell House Ballroom to commemorate the school's legacy as well as reflect on the years to come.

During his time at NASA, the Columbia native traveled in orbit on the space shuttle four times, piloting two missions and commanding two others. Gen. Bolden now serves as founder and CEO emeritus of the Charles F. Bolden Group LLC, where he leads and educates in the fields of space/aerospace exploration, national security, STEM+AD and health initiatives.

Bolden's mother, Ethel Bolden, was a noted librarian who worked for 39 years in Richland School District One public schools. He described her as a "work of art" who was very curious and a driving quest for knowledge — traits she passed on to him which helped him throughout his own storied career.

His mother's advice to students and adults if she were standing there:
"Study hard, work hard (which means practice, practice, practice whether you are in a classroom or on a practice field) and to never ever ever be afraid of failure. Don’t ever let anybody tell you what you cannot do.”

Nkosi Johnson, a South African boy who died at the age of 12 but played a major role in public perceptions of the AIDS pandemic said: "You do all you can, with what you have, in the time that you have, in the place that you are."
"That was Ethel Bolden — every single day. That’s this school. Every single day in a tough part of the country, with some students who come from some oddball places who really need to know that their role in life is to do all they can, with what they have, in the place that they are."

Pastides congratulated the iSchool on having more than 6,000 alumni out changing the state and impacting lives. “Thank you for all the work you do — helping to expand literacy thru the South Carolina Center for Community Literacy, through the Augusta Baker programs and through graduating professionals who are having an impact all around the state and the country, too,” he said.

Hayden encouraged the audience: "Let us remember the vital role libraries play in our society and democracy. ... Our roles will evolve in the digital age but our core value will always be service. From the first class of students 50 years ago, to future graduates, remember you are part of a special group, so please remember to put information into action."

Barron spoke of Curran's antics as a comedian and as an actor, as well as his highly regarded career as researcher and academician.

Curran, who served under nine deans and directors, "has proven himself to be a recognized scholar in the academy, a leader in the profession, a respected and deeply appreciated teacher and a faithful and fully engaged faculty member for 48 years," Barron said. 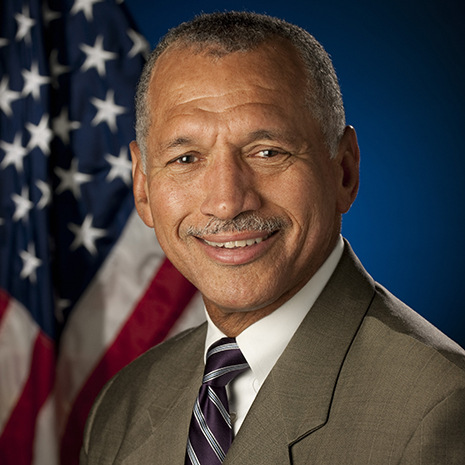 Bolden delivered the keynote address, discussing his mother's impact on librarianship, as well as how it influenced his own career. 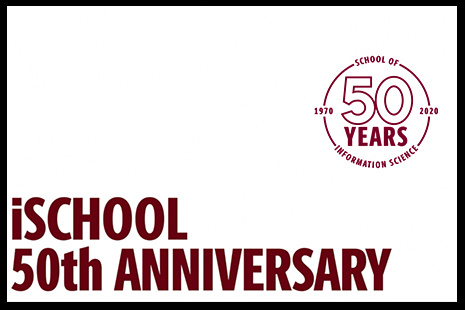 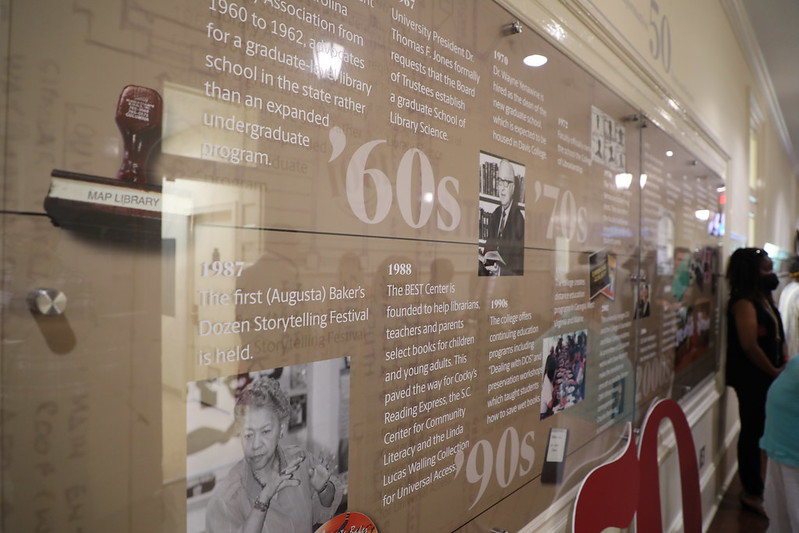 Click on the image above to see some special photos from the event.

Photos taken throughout the years
These are the slideshow images displayed during the event.