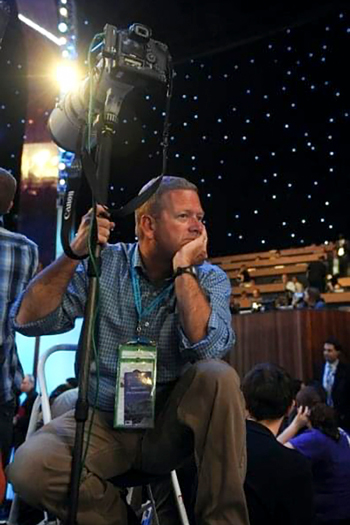 University of South Carolina alumni Win McNamee of Getty Images and Josh Dawsey of The Washington Post are both part of teams that were awarded Pulitzer Prizes in journalism on May 9.

What happened: McNamee was named along with other Getty photographers in the category of Breaking News Photography for “comprehensive and consistently riveting photos of the attack on the U.S. Capitol” on Jan. 6, 2021. Dawsey is part of the team that developed long-term, investigative coverage of the Jan. 6 attack for The Washington Post, which was awarded the Pulitizer in the category of Public Service. The award committee wrote that the Post delivered a “compellingly told and vividly presented account of the assault on Washington” that provided the public with “a thorough and unflinching understanding of one of the nation's darkest days.”

Why it matters: Established in 1917 by publisher Joseph Pulitzer, the Pulitzer Prize in journalism is widely considered the pinnacle of achievement in the field.

Background: McNamee earned his bachelor’s in journalism from the University of South Carolina in 1985. He started out as a photographer for The Daily Gamecock, and went on to work for The State and Reuters, where he was a staff photographer for 14 years. Dawsey earned his journalism degree from South Carolina in 2012. While in college, he worked as a reporter and editor for The Daily Gamecock. Since graduating, he has worked for The Wall Street Journal, Politico and the Post.

In focus: McNamee took the iconic photo of Jacob Chansley, the self-proclaimed QAnon shaman, as Chansley screamed out in the U.S. Capitol wearing a horned fur hat.

On the scrutiny that comes with the job: “You can’t want to do this job, want to have a following on Twitter, want to go on television and talk about your stories, want to fly all over the world writing about the president and not be OK with being fair game for scrutiny and attacks,” Dawsey says.

On working through the pressures: “All of that cumulative experience … allows you to work effectively and productively without getting distracted and overcome with the enormity of the situation you find yourself in,” McNamee says.

Share this Story! Let friends in your social network know what you are reading about